An Introduction to Our Founder and Expert Ice Cream Business Consultant - Tony Carey.

Let Us Introduce You to Our Founder – Tony Carey

Tony Carey is a man who knows frozen custard and is an Expert Ice Cream Business Consultant. His career in the industry began when he accepted an upper-level position with a leading

Tony has been in the ice cream industry since 2001 and has definitely earned his reputation for being an expert ice cream business consultant. Check out the summary of Tony’s bio below the videos.

Tony Carey is an authority on frozen custard machines. On these videos he’ll provide you with insights on how to operate a machine and the importance of sanitizing it. For questions and answers, you can contact Tony at 855-534-7999.

A step by step overview of how to assemble the frozen custard machine.

Check the quality of the custard. Firm enough that a spoon sticks to it.

Test the consistency of the custard by controlling the main flow valve.

Sanitize the machine by thoroughly cleaning it to remove all loose custard. 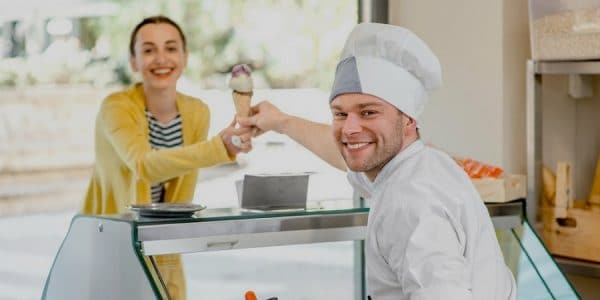 Through We All Scream Consulting, Tony uses his expertise to help ice cream businesses thrive. He teaches store owners all about finding the right location, obtaining permits, working with suppliers, creating a functional layout, operating the machinery, training employees, food presentation and more.

While Tony might not have planned to become an expert ice cream business consultant, he’s very happy with the direction life has taken him.Tony thoroughly enjoys the work he does through We All Scream Consulting.

He loves building relationships with new ice cream store owners and walking with them step by step to ensure their success. He wouldn’t have it any other way!

How Can Tony Help You?

Are you thinking about opening your own ice cream store? Are you looking for high-quality frozen custard machines that can be customized to your specifications? If you have an interest in the frozen custard business and need equipment or guidance, then Tony Carey can help. Just give him a call at 855-534-7999 or drop him a line at tcarey@lancastermanufacturing.com. He’d love to talk to you about your future in the ice cream industry!

Share This Information With Your Network - Choose Your Platform!